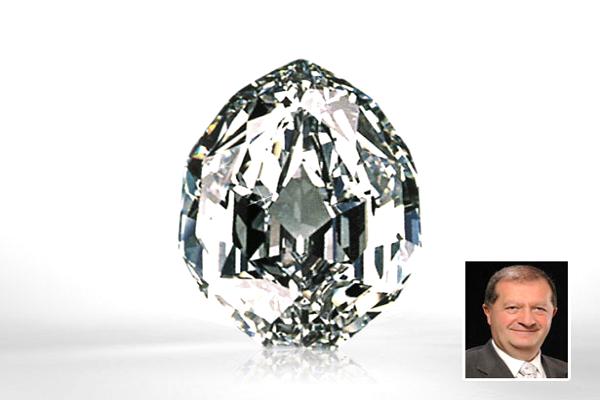 Kicking off our top 10 list of the world's richest diamond owners is Robert Mouawad, who bought a 101.84 carat diamond at auction house Sotheby's for $12.76 million in 1990.

The 11-sided mixed cut diamond known as "the Mouawad Splendor" (pictured) made it into the Guinness Book of World Records as the world's most expensive single pear-shaped diamond at that time. Robert Mouawad is a third generation member of the Lebanese Mouawad family, who has been involved in the jewelry business since the 1890s. The family owns the Geneva, Switzerland-based jewelry company Mouawad. When Robert was the firm's president, he expanded the business from Saudi Arabia to Europe, Asia and North America and set up Geneva as the jeweler's new base in the early 1970s.

Robert Mouawad's other famous diamond purchases include the 135.92 carat Queen of Holland diamond in 1978, which was once the largest cut diamond in the world and the 68.09 carat Taylor Burton diamond, made famous by actor Richard Burton when he purchased it for his actress wife Elizabeth Taylor in 1969. Mouawad bought the diamond in 1979 after it was sold to New York jeweler Henry Lambert for $5 million.