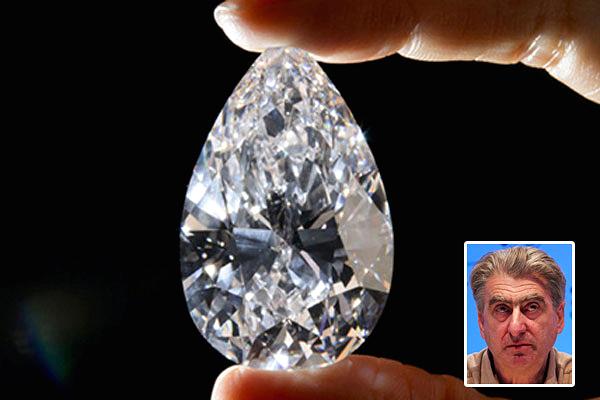 Georges Nicolas Hayek Jr. is the CEO of Switzerland's Swatch Group, which bought the high-end jewelry arm of Canadian firm Harry Winston for $1 billion in January.

The move gave Swatch, the world's biggest watchmaker by sales, one of the marquee jewelry luxury brands worn by the likes of Hollywood elites Marilyn Monroe and Elizabeth Taylor. Every year, Harry Winston lends out millions of dollars' worth of jewels to be worn by movie stars for famous televised events like the Oscars, while Swatch is the world's largest consumer of polished diamonds. Hayek is the son of Lebanese Nicolas George Hayek, who co-founded the Swatch Group in 1983.

One of the famous diamonds that Hayek has acquired through the Harry Winston brand recently is what industry watchers have described as a "flawless" 101.73 carat diamond (pictured), which sold for a record $26.7 million at a Christie's auction in Geneva in May. Harry Winston has named the diamond "Winston Legacy."