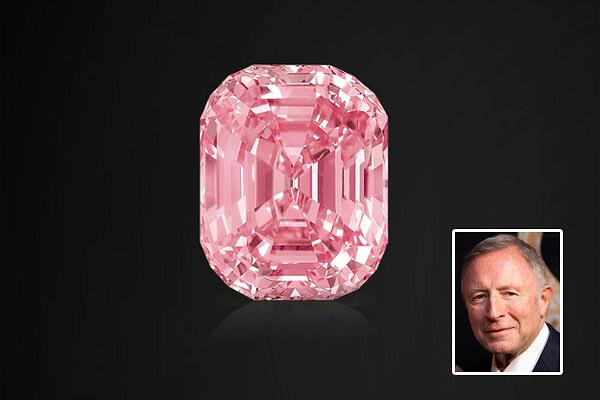 British jeweler Laurence Graff is the founder of Graff Diamonds, famous for its giant and rare gems.

Graff began his career as a humble jewelry apprentice at the tender age of 15. After a few failed stints at other jewelry stores, he started designing and selling his own designs independently. By 1960, he founded the luxury brand which today has 35 boutiques around the world. Last year in May, the company made headlines after it pulled a planned $1 billion initial public offering, which was set to be the biggest IPO of the year on the Hong Kong stock exchange, due to volatile market conditions.

Some of the most famous diamonds owned by Graff include the rare Graff Pink diamond (pictured) at 24.78 carats, which the billionaire purchased for $46 million in 2010. Graff also owns the Lesotho Promise, a 603 carat diamond found in a mine in the South African country, which he purchased for $12.4 million in 2006. The company valued a necklace made from 26 stones cut from the Lesotho Promise at more than $60 million in 2011, the New York Times reported.